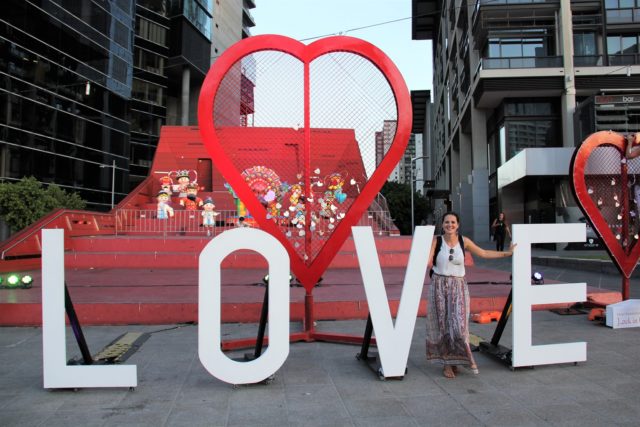 I’Mgetting (even more) sentimental with age, so I’m going to make a post about things I’ve learned in my intercultural relationship. In my case – with a Turkish man. We’ve been together 9 long years already, so I suppose it’s time for a post about it.

Tolerance. It’s hard at the beginning but then it gets easy.

Beginning was the hardest. Habits, customs, behaviours, our opinions seemed ridiculous or funny to each other. But we were so in love that we wouldn’t have admitted that to each other.

But there were moments of doubt, heated exchanges of opinions and rows caused by miniscule things. At those moments we thought we would never come to an agreement, that there’s no point and it’s too difficult to continue. And now…we laugh at those memories. It turns out that every argument or difference of opinion, even if it’s only about the correct way of making tea, or the point of messaging each other, was not in vain – sound as it may, it was an investment (though rather an annoying one) into our relationship. We didn’t even have to always come to any agreement, it was enough to ‘scream it out’ and get it out in the open. This investment has paid off and now our life is peaceful with some rare arguments. I have to admit that the older we are, the less we argue and if we do, our arguments are more meaningful and cleansing now.

It’s easy to learn about other religions when you work as a tour guide or hotel guide and you don’t have to live among that religion’s followers. Everything is by the book and very easy. It gets more complicated when you are forced to modify your knowledge because the real life doesn’t quite match the theory… So annoying!

I noticed that tendency amongst many foreigners I know who are in intercultural relationships. It’s not long before they start lecturing Turkish Muslims, who are generally quite liberal, how to be a proper Muslim. They share their frustrations on Internet forums: ‘They’re not allowed to do that! They are not meant to eat that! They don’t need to wear head scarves!’. We’re only human and everyone should be allowed to practise their faith in a way that works for them. It’s them who will be judged by the higher-ups that they believe in. It’s not our place to judge, comment and act like a know-it-all, even if that’s sometimes tempting :)

I have to admit that when joining my Turkish family I was full of stereotypes. I was convinced that mother must be like that, older brother like this and kids are this or that. I was being too careful, frightened, I didn’t want to integrate just in case my Turkish family wanted to walk all over me.

On top of that, I was convinced they wouldn’t like me – another stereotype about Turkish women not liking foreign girls – and that I’d have to contend with an image of a partner they had in mind for my other half. And I was sure that image would be of a Turkish wife and mother, who can cook the best pilav. It turned out to be a complete nonsense and I was stressing for no reason whatsoever. After I chilled out, it turned out that it’s a family like any other – with their problems and joys, their ‘black sheeps’ and their favourites, and I am really not the most sensational part of it, I’m just simply myself.

Not surprisingly, I need to add this part of the Mediterranean culture but with a Turkish twist. What can I say. Thanks to King of Oranges and his family I’ve learnt how to, as they say, ‘go with the flow’. It was really annoying at first when people were 15 mins late, or promised to do something and then didn’t do it. I was looking at it from my European perspective – they are being disrespectful to me, and I would be outraged.

Only later have I realised that it depends on the circumstances, and that it’s more complicated and there’s no point in getting stressed over it. With time I started to have more optimistic view on life myself, I started to believe that what will be, will be and we’ll sort it out and everything will be fine. I’ve noticed the positive side to being flexible: it turns out you can have a great family picnic without planning, making arrangements a week in advance and hand making bread baskets. Maybe it’s the sun, I’m not sure. Either case, it’s working and it’s infectious :)

It’s partly to do with the family but I think it’s more of a cultural thing. I have to admit I became more Turkish in that sense, and it’s getting more and more visible every year. And I have to say, I really like it (I must have gone completely nuts)!

At first I had a massive problem with lending/giving somebody something that belongs to me, even if it wasn’t anything important to me. Just my European egotism I guess. Or when somebody I hardly know stays over in my flat and uses my shampoo while showering (help me!), and then eats my jam (terrible!). But it’s not only the rare guests that are a problem (in the meantime, King of Oranges became more European and now such situations are more difficult for him too).

It’s more about the general way of seeing life and possessions. I do have my private treasures, though with time the number of them shrank to just a few old possessions plus my computer and photography gear but I treat the rest of my stuff much more casually now. It might be just a coincidence, but it was only in Turkey, after a few years of living with a Turkish guy, that I became able to forget about dividing things into ‘mine’ and ‘theirs’. And it feels really good :)

Is there something you would like to add from your experience in intercultural relationships?

Translated from Polish by Anszyn

How to beat the summer heat – in Turkey

26 signs that you have been in Turkey too short

How to recognise that you’ve been in Turkey too long

How to beat the summer heat – in Turkey

Turkish guide: What to see in Alanya?

26 signs that you have been in Turkey too short

Alanya in Style Expat Eye on Life and Travelling in Turkey
Contact us: hello@alanyainstyle.com
© 2017 Alanya In Style Blog - All rights reserved. All texts and photos published on the website are mine unless stated otherwise. WordPress Theme created with by WPIon.
Powered by ionMag news theme